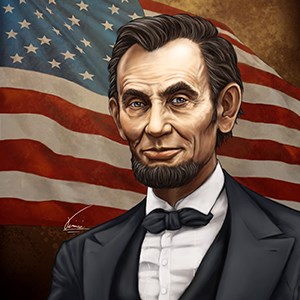 It is with great excitement and enthusiasm that I am officially announcing my bid for re-election as your Moffat County Commissioner for District 3.

In political elections, candidates sometimes say they are running against each other. I would like you all to know, I am not running against anyone. I am running for and to serve all the people and taxpayers of Moffat County.

To gain a little more insight into me I would like to offer some quotes that have been very influential on me.

“The only thing worse than being blind, is to have sight but no vision.” Helen Keller.

“Without passion you don’t have energy, without energy you have nothing.” Donald Trump.

“You have enemies? Good. That means you have stood up for something in your life.” Winston Churchill.

To be re-elected you need to make sure the electorate knows what you have done in the past, what you are doing presently and what you will do in the future to help the employees, the people and the taxpayers of Moffat County. This is challenging when you are a humble person.

So here we go:

Moffat County has traditionally had a boom and bust cyclical economy because of our dependence on the energy industries. This is very apparent when you study the financial history of the county.

Our current financial situation of declining revenues is a result of the reduction in assessed value of over $100 million dollars in Moffat County’s commercial and personal real estate. This valuation is something none of us have control over. The valuation decline has resulted in the loss of $2,121,691 dollars annually in revenue to Moffat County. This combined with a reduction of mineral severance tax and payments in lieu taxes, Payment in Lieu of Taxes (PILT) from state and federal lands has put us in this challenging position.

Additionally, we are facing the decommissioning of Tristate Generation and Transmission Craig Station’s Unit One in 7 years.  The annual loss of property tax revenue is estimated to be $2,914,593.

What should be done? First, I will tell you what has not worked.

The so-called line item budgeting some previous boards of county commissioners and individual commissioners used, involved “thinning the soup.” “Thinning the Soup” means, if you have a budget shortfall, you simply take that dollar amount, equally divide it by the number of departments and cut everything by the prescribed % percentage to equal the desired bottom line budget number and presto change-o, you had a balanced budget!

This antiquated and financially shortsighted method of the past has left the county with an accumulation, over the years, of $30 million dollars in deferred maintenance and capital needs. This “kicking the can down the road” was a short-term band aid solution with unrecognized and crippling consequences. I am not and will never be a “can kicker.”

I stand up, address the situation, work with others to find solutions, and then fix the problems.

How do you break the cycle of the past? How do you put the county on long term sound financial footing?

First you realize there must be a better way and accept the axiom,

A new, bold, cutting edge, innovative course of Priority Based Budgeting with a guiding principle of Mining for Dollars, which is endorsed by the Government Finance Officers Association and supported by the Colorado Department of Local Affairs, has been adopted. The basic principle is utilizing to the highest and best use, every dollar and personnel resource.

To do that, we have analyzed over 1,097 services and functions of the county. With the declining revenues mentioned, we were working towards reducing the General Fund by $2.5 million dollars during the 2018 process. $1.7 million dollars in long term reductions were made, leaving $800,000 dollars to be addressed. This will be accomplished sometime before June.

I invited him to come and do a community resource meeting last August. We had a workshop attended by over 100 people representing different groups and entities in this community.

My vision took Priority Based Budgeting and Mining for Dollars to a higher level than the creator’s original concept. A complete implementation of this approach will free up the resources we will need to strengthen our overall community, economically and socially.

Since then, Chris Fabian has been crisscrossing the United States and Canada talking about the great budget work happening in Moffat County, Colorado, and my innovative comprehensive community approach in elevating this plan.

A few months ago we had a Mining for Dollars workshop with the City of Craig, Moffat County School District, Colorado Northwest Community College and Memorial Regional Health. Where over 1,071 common programs and services were matched up with Moffat County and a total value of opportunity of $30,846,582 was identified. This is where we are working to find the additional $800,000 and more future possibilities previously mentioned to realize a savings.

Tough decisions needed to be made, and were. During the process, we were constantly concerned with any effects to the loyal and hard-working employees of the county. Our goal was to not reduce the employee’s benefits, but through attrition, address the service levels that needed to be adjusted, considering our population has decreased by nearly 700 people. The county’s Full Time Equivalents (FTE’s) employees, from 2017 to 2018, has decreased by 9.97, or $826,098 less than in 2017.

·        We had over 20 meetings with County Elected Officials, Department Heads and Employees, all posted and open to the public.

·        I want to emphasize all budget decisions are being made locally. We are only using The Center for Priority Based Budgeting templates and software to put the vast amount of information into a format where it is easily digestible from which prioritizing decisions are made.

·        The concept of “Mining for Dollars” is not to cut people and expenses, it is to reallocate them to their higher and best use, to achieve the predetermined goals.

All over the country, finance managers now know of the great work Moffat County is doing under Mindy Curtis at the helm. Just last week our neighbors to the East, Routt County, is on board and adopting Priority Based Budgeting and Mining for Dollars on the higher level that I help establish.

Since being elected, I have stood up to the “Good Old Boys” management system and have helped bring sound business practices to our local government.

I have been and will always play offense first. Whether it deals with business, personal situations or government, no matter what the circumstances, “The best defense is a good offense!”

I live and practice this philosophy. I already have established relationships with President Trump’s administration. From the first contact with Roz Leighton, who is the Regional Political Director, White House Office of Political Affairs, in March of 2017, we discussed President Trump’s executive order on energy independence.

I explained to her our experience during the 8 years of the Obama administrations “War on Coal and Coal Fired Power Plants.” I highlighted the fact that our county overwhelming supported President Trump by giving him 81.3% of the vote.

I emailed the video “The Perfect Storm over Craig, Colorado, as well as articles about our county and other economic and political information, and then I once again, took it the conversation to the next level and asked, “Who can I talk with that can give our county the personal attention and care we need so we could overcome and recover from the Obama years?”  I told her even with our challenges, particularly with the Tristate Generation and Transmission Craig Station’s unit one closing in 7 years and major loss of tax revenues, as well as the Sage grouse issue which is holding back our energy industries development, there was a new air of optimism in our county because of President Trump’s election and his bold and decisive actions.

Roz directed me to William “Billy” Kirkland, Special Assistant to the President & Deputy Director White House Intergovernmental Affairs. I reached out to Billy, again addressed our unique economic situation and arranged for the Board of County Commissioner’s to send a letter to President Trump. Within weeks, Commissioner Ray Beck and Natural Resources Director, Jeff Comstock, along with others from Club 20 and Associated Governments of Northwest Colorado were meeting with Department of Interior Director Zinke concerning Sage Grouse and other issues. Their meetings have produced great results including having a seat at the table and a voice on the State of Colorado Sage Grouse plan.

Later Tim Williams, Department of Interior, Deputy Director Office of External Affairs came to Moffat County and instructed the State and local BLM offices, at a public meeting last year at the Clarion Inn that the President of the United States, Donald Trump, and Secretary of the Interior, Ryan Zinke, wants them to work with County Commissioners. This was a complete opposite from what was happening under the Obama Administration.

I am flying to Washington DC for a meeting at the White House Monday March 5th, where even stronger ties and bonds with a broader reach with President Trump’s Administration will be realized.

From bringing presidential candidate Governor Mitt Romney to Craig and Moffat County in 2012, being on the front lines at coal rallies across the state, testifying before the air quality commission, testifying before the Public Utilities Commission, testifying at the State Senate, standing up to the Wild Earth Guardians, being in the video, “The Perfect Storm Over Craig, Colorado,” as well as being invited to the prestigious Koch brothers annual conference where the richest and most influential conservatives meet to raise $100’s of millions of dollars annually for conservative causes, I have proven through my deeds and actions, that my passion and strength has benefited the community we all so dearly love.

I am an imaginative visionary who is proactive, dedicated, proven, passionate, 24/7 working, advocating, producing results for the people and taxpayers of Moffat County.

As we all now know, Moffat County has been given a chance for a rebirth, a Renaissance.

We will embrace the change needed and necessary, while honoring our heritage, but not letting it hold us back. We have a chance to re-invent our economy while appreciating and embracing our energy industries and re-image our futures. Now is the time to take our futures into our own hands, making our possibilities limitless. Turning talk and economic plans into successful implementation.

Every day I remind myself:

“It is not the critic who counts; not the man who points out how the strong man stumbles, or where the doer of deeds could have done them better. The credit belongs to the man who is actually in the arena, whose face is marred by dust and sweat and blood; who strives valiantly; who errs, who comes short again and again, because there is no effort without error and shortcoming; but who does actually strive to do the deeds; who knows great enthusiasms, the great devotions; who spends himself in a worthy cause; who at the best knows in the end the triumph of high achievement, and who at the worst, if he fails, at least fails while daring greatly, so that his place shall never be with those cold and timid souls who neither know victory nor defeat.” Theodore Roosevelt.

I need to tell you I have already received confirmation that Air Force One is able to land at the Hayden/ Yampa Valley Regional Airport. So when you hear the roar of jet engines and look up at the clear blue sky one fine day and see the majestic beauty, a blue and white plane reading the “United States of America” and emblazoned with the seal of the President of The United States on it, circling over Craig to land in Hayden, signifying President Trumps acceptance of my invitation and the people of Moffat County, for him and his family to visit, you will again be reminded that Frank Moe, although humble, is bold, a visionary, someone who is passionate with boundless energy, who thinks big, plays offense to the maximum and like all of you, wants the best for Craig and every Moffat County resident.